Tamara Simmons and Sarah Cornick travelled out to Brive in France in September 2006 with the British Universities Team to race at the 2nd European Universities Championships (EUSA). Despite being lightweights, Tamara and Sarah were selected as the openweight Great Britain A pair following their victory at the BUSA regatta in May 2006 in lightweight pairs.

In the heats, the Oxford pair put in a strong performance to finish 3rd. The final on the following day saw the other crews raise their performances and the Oxford pair battled hard to secure 4th place not far off bronze medal position behind Great Britain B, France and Poland. This was a gutsy row against strong openweight opposition.

Despite having to be university students to gain selection for their national teams in Brive, many of the competitors were fresh from racing in their full national squads at either the World or U23 rowing championships. This gave Tamara and Sarah their first taste of international representation at senior level and valuable racing experience in a class field.

EUSA was a fantastic event, in a beautiful setting. The GB team was looked after extremely well under the leadership of Chantelle Hanley from UWE, and after racing had finished, EUSA was a great opportunity to meet and build relationships with rowers from many other universities. Hopefully other rowers from OUWLRC will be able to experience similar representation in future years. 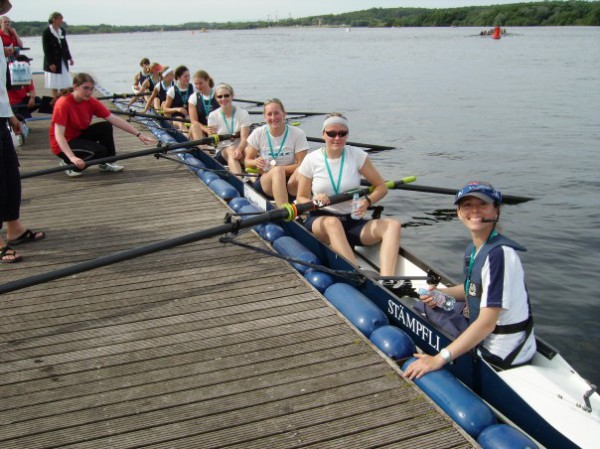 An OUWLRC/OUWBC composite 8+ won silver at the National Championships at Strathclyde on 16 July.  After winning their heat on Saturday, the crew went on to win a silver medal in a time of 6:48, with a hard-fought battle with Furnivall and Reading. The crew:

The lightweight 2- of Sarah Cornick and Tamara Simmons finished fourth in a time of 7:54. 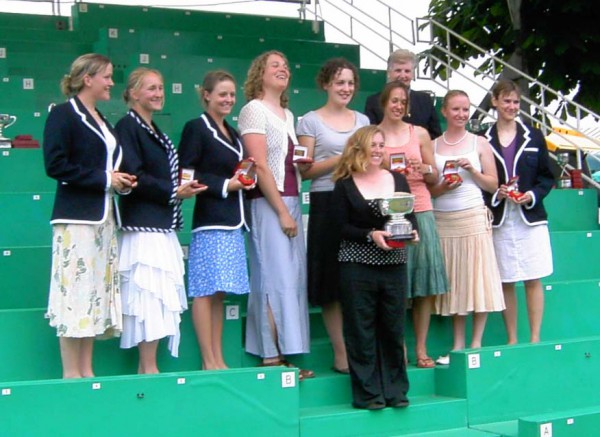 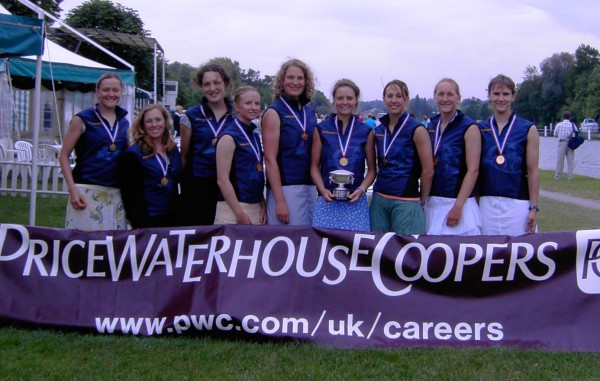 OUWLRC athletes, teaming up with Osiris, the openweight Blue Boat, and the development squad stormed to victory in Intermediate Eights at Henley Women’s Regatta, taking home the PriceWaterhouseCoopers Cup. With five lightweight athletes this is a triumph for OUWLRC, and the first Oxford victory at Henley for many years. The crew stepped up each race, finishing with a real “gut buster” against the University of Birmingham in the final on Sunday afternoon. Down off the start, the crew counteracted every move by the opposition, and pulled ahead by the grandstand, inching out ahead stroke by stroke. Sheer determination and passion lead to a final margin of 2/3 of a length.

Tamara Simmons and Sarah Cornick were awarded Extraordinary Full Blues for their achievements this year by the OU Women’s Blues Committee on 12 June 2006. Congratulations!

The Oxford University Women’s Lightweight Rowing Club (OUWLRC) has just returned from Belgium after an impressive weekend of racing at the Ghent International Regatta.  These results follow on from the excellent results gained by the club at the British University Sports Association (BUSA) Rowing Championships, held in Nottingham on 29 and 30 April.  Coach Alex Cavell has done an excellent job to develop a squad that is fit, technically proficient and hungry for medals this summer.

The Ghent International Regatta is a world-class rowing event, attended by clubs from all over Europe.  This year was the first time OUWLRC has attended this regatta and the Oxford lightweights (who average 57 kilograms) turned heads with their impressive performances in openweight events.  In the openweight pair, Tamara Simmons and Sarah Cornick put in a gutsy performance to win a bronze medal.  In the openweight eights event, again the Oxford lightweights ‘punched above their weight’ to achieve the almost-impossible by making the final, rating no less than 36 all the way up the course and clocking times faster than some of Engand’s top rowing clubs to qualify.

At BUSA, OUWLRC dominated the lightweight rowing events, with the Simmons/Cornick combination winning gold in the lightweight pair and qualifying to represent Oxford and Great Britain at the European University Rowing Championships in Brive, France, in September.  This pair combined with Jemima Boardman and Elizabeth Rowles to win silver in the lightweight fours.  A gold medal was also won by Oxford lightweights in the junior eights.  Alice Millest, Linda Reynard, Kate Higgins and Natalie Beveridge joined forces with four Oxford openweights and dominated the event from the start, beating nearest rivals Cambridge by 10 seconds.

The performances at both these events show that OUWLRC will be a force to be reckoned with this summer. The next big event on the club’s agenda is the Henley Women’s Regatta in June.  The momentum of women’s rowing in Oxford is building fast, so look out for a successful year ahead.

Kate Higgins reports on the summer racing to date (June 2006)

The Ghent International Regatta is a world-class rowing event, attended by clubs from all over Europe.  This year was the first time OUWLRC has attended this regatta and the Oxford lightweights (who average 57 kilograms) turned heads with their impressive performances in openweight events.  In the openweight pair, Tamara Simmons and Sarah Cornick put in a gutsy performance to win a bronze medal.  In the openweight eights event, again the Oxford lightweights ‘punched above their weight’ to achieve the almost-impossible by making the final, rating no less than 36 all the way up the course and clocking times faster than some of Engand’s top rowing clubs to qualify.

OUWLRC returns with medals from the 2006 BUSA Championships in Nottingham on 29 April – 1 May. The winning crews:

Coaches Alex Cavell and Ian Shore, and President Linda Reynard are pleased to introduce the crew for the Boat Race.

The sun made an appearance for our annual Old Girls match on 19 March, our last match before the Boat Race.  On behalf of the squad we sincerely thank the alumnae who attended to row and put on the tea. It was great to meet you all and your support makes a great difference in our final preparations.

The first events are the Old Girls’ Match on 19 March in Henley and a dinner at the Little Angel on 1 April following the Henley Boat Races. Please find more information on our alumni page.  We look forward to hearing from you! 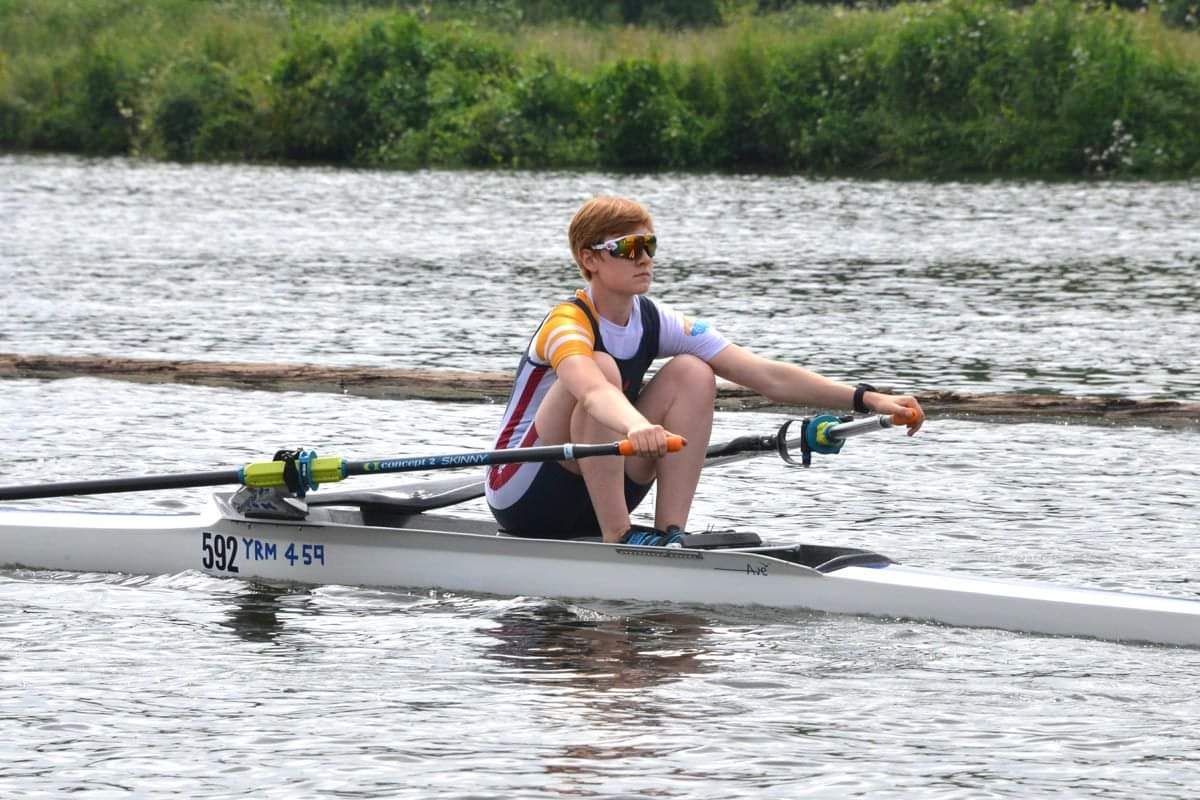 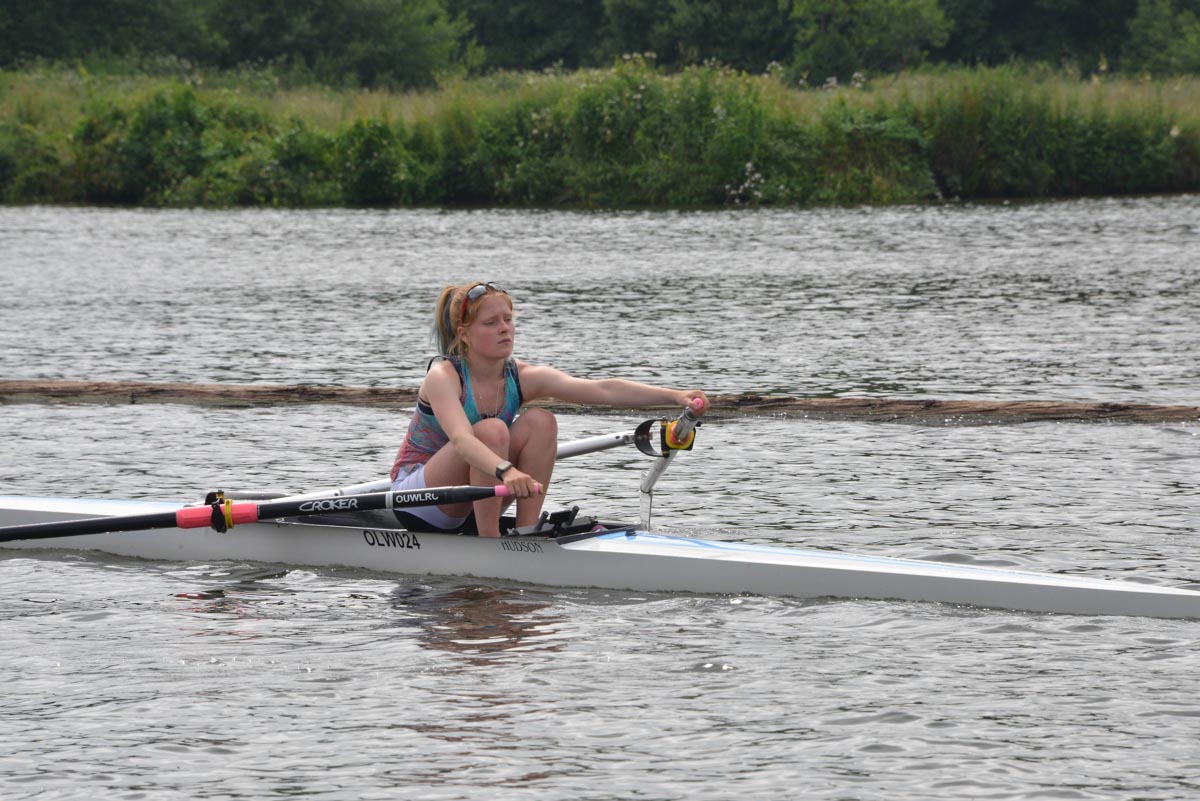 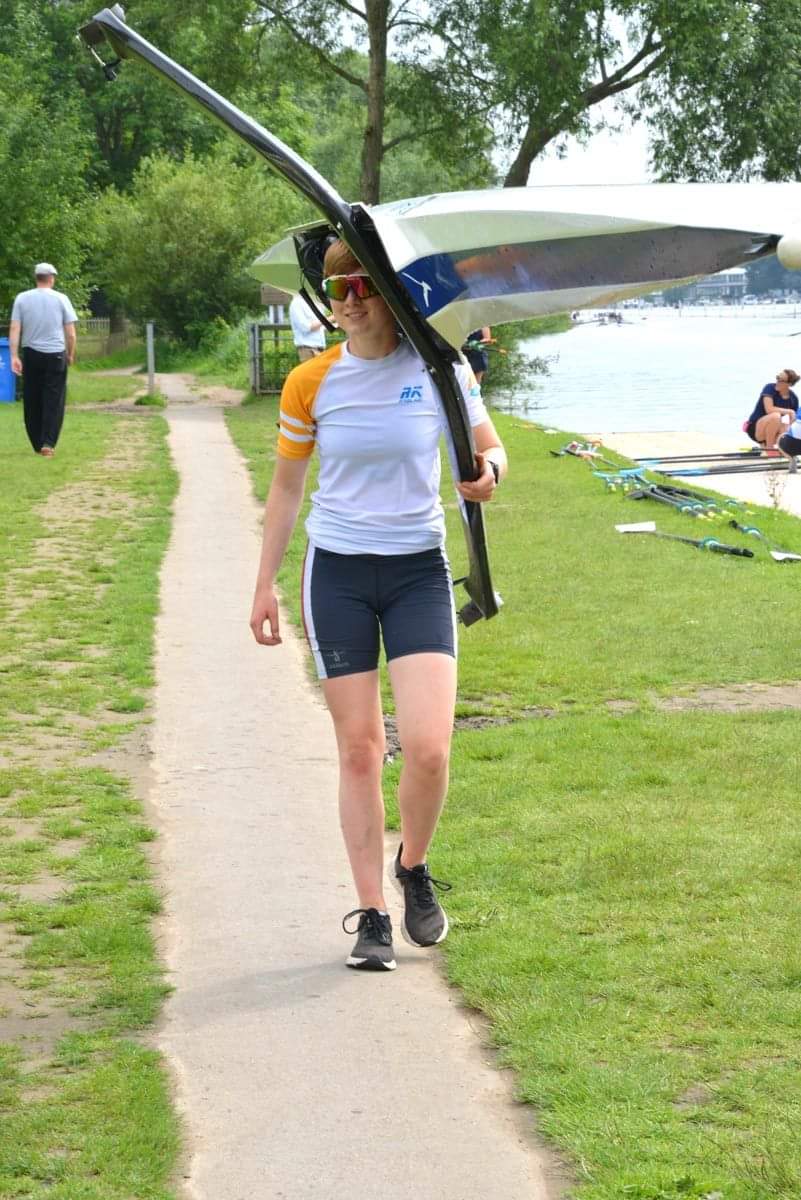 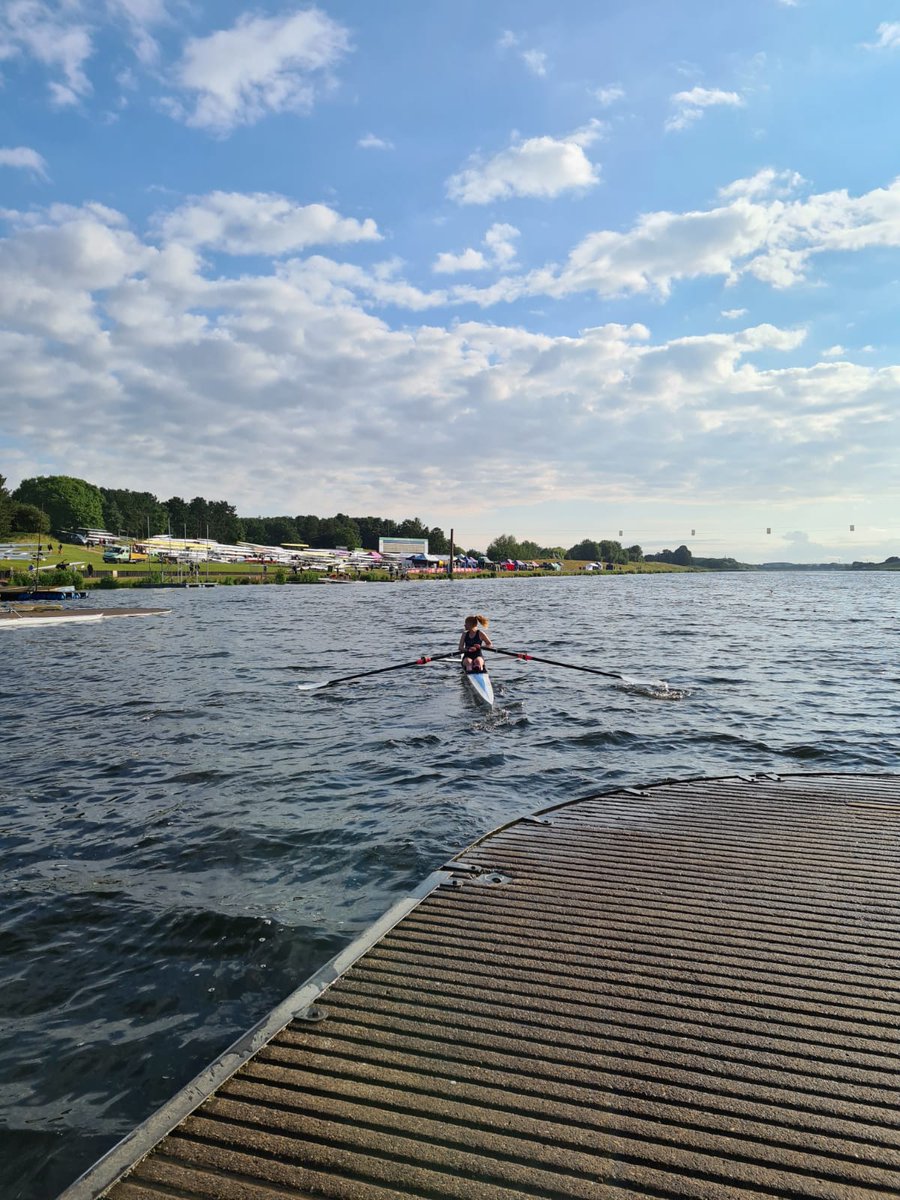 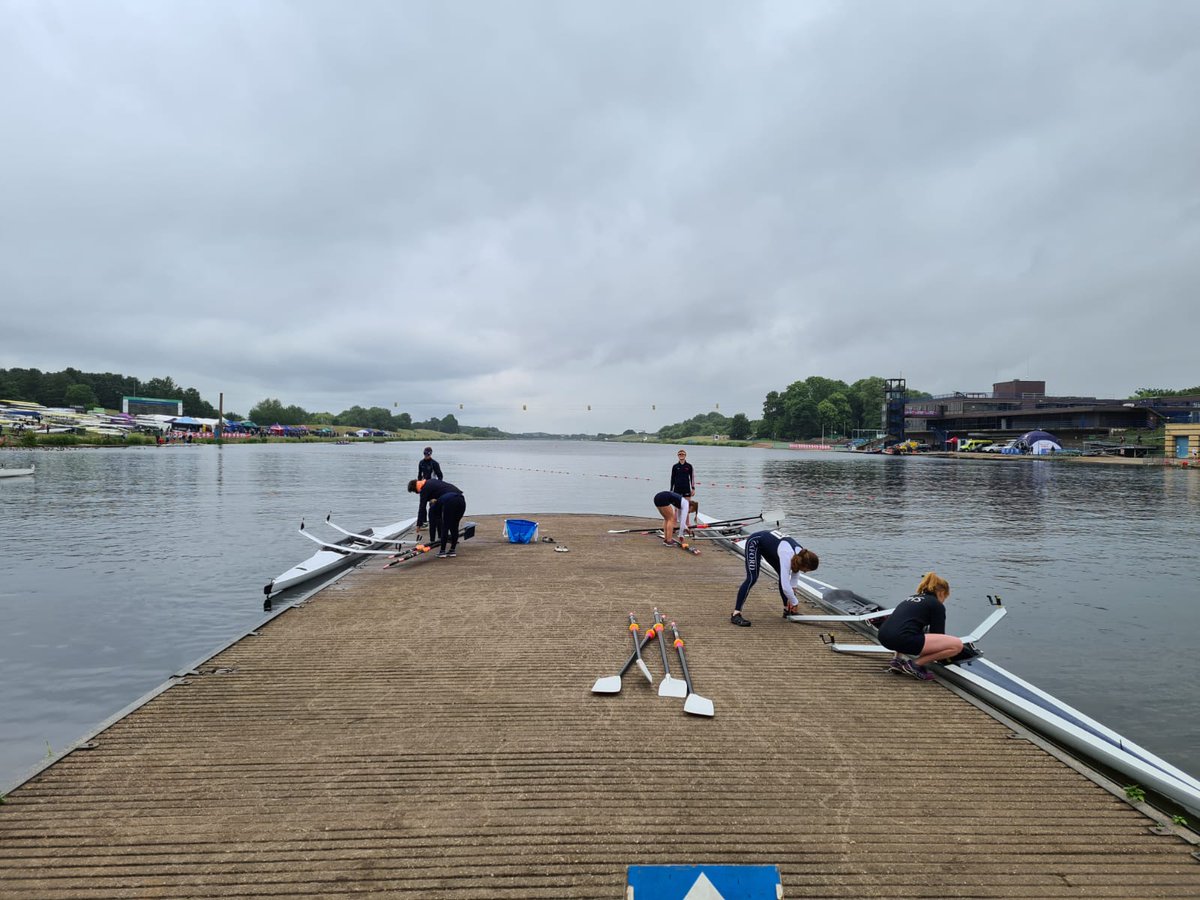 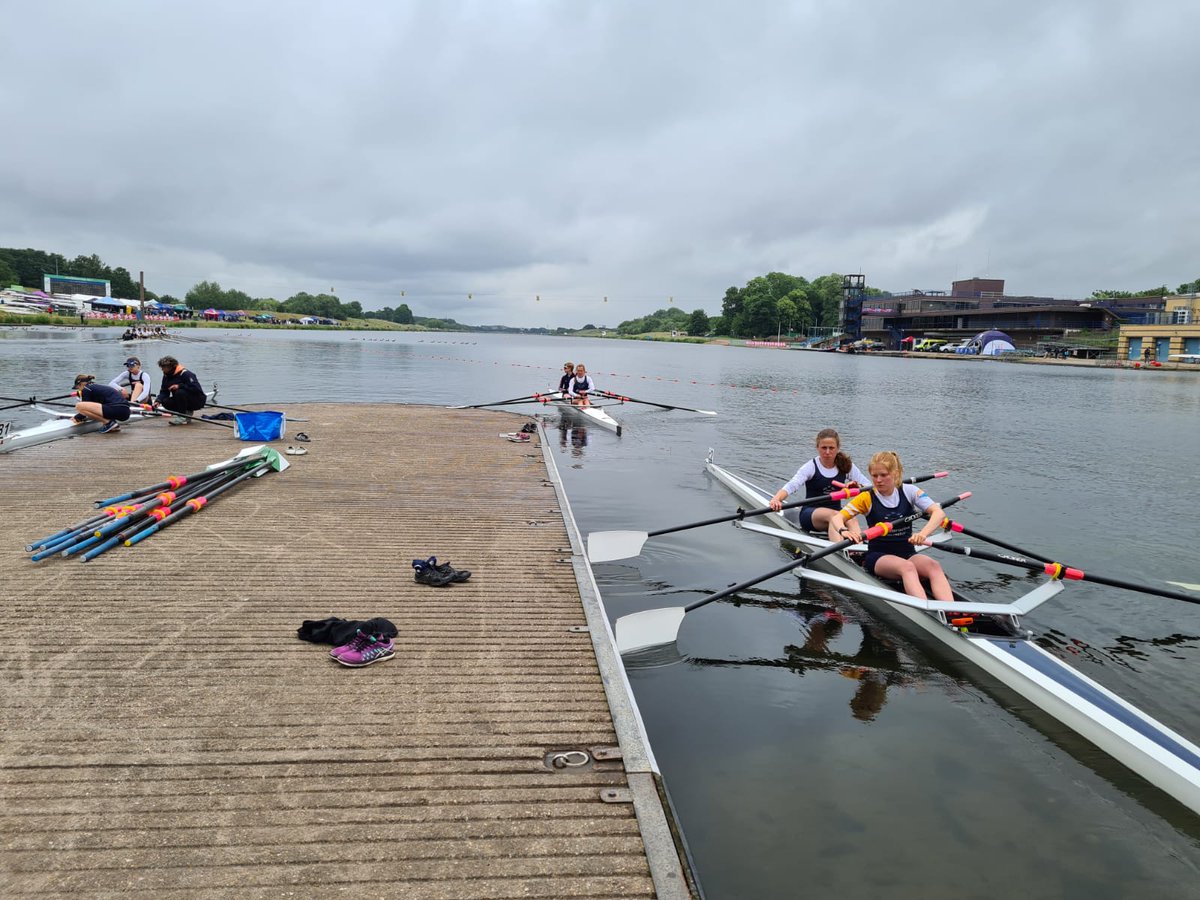 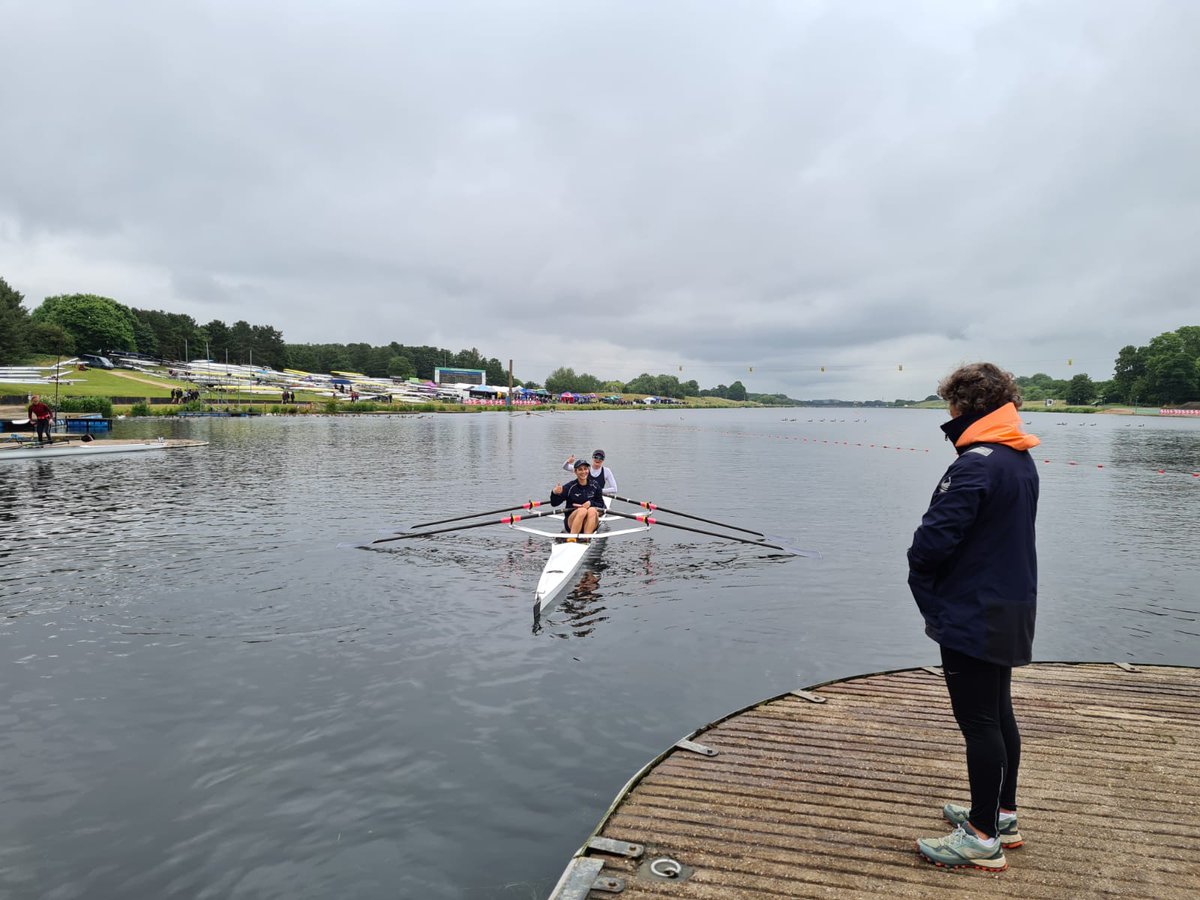 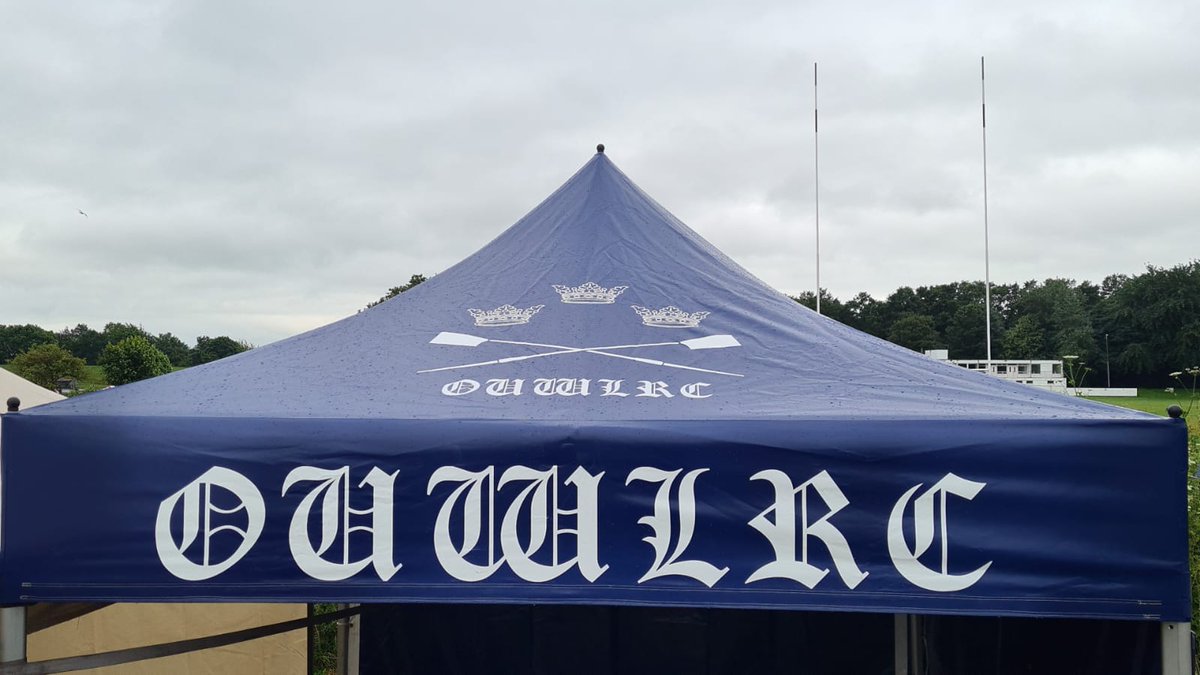 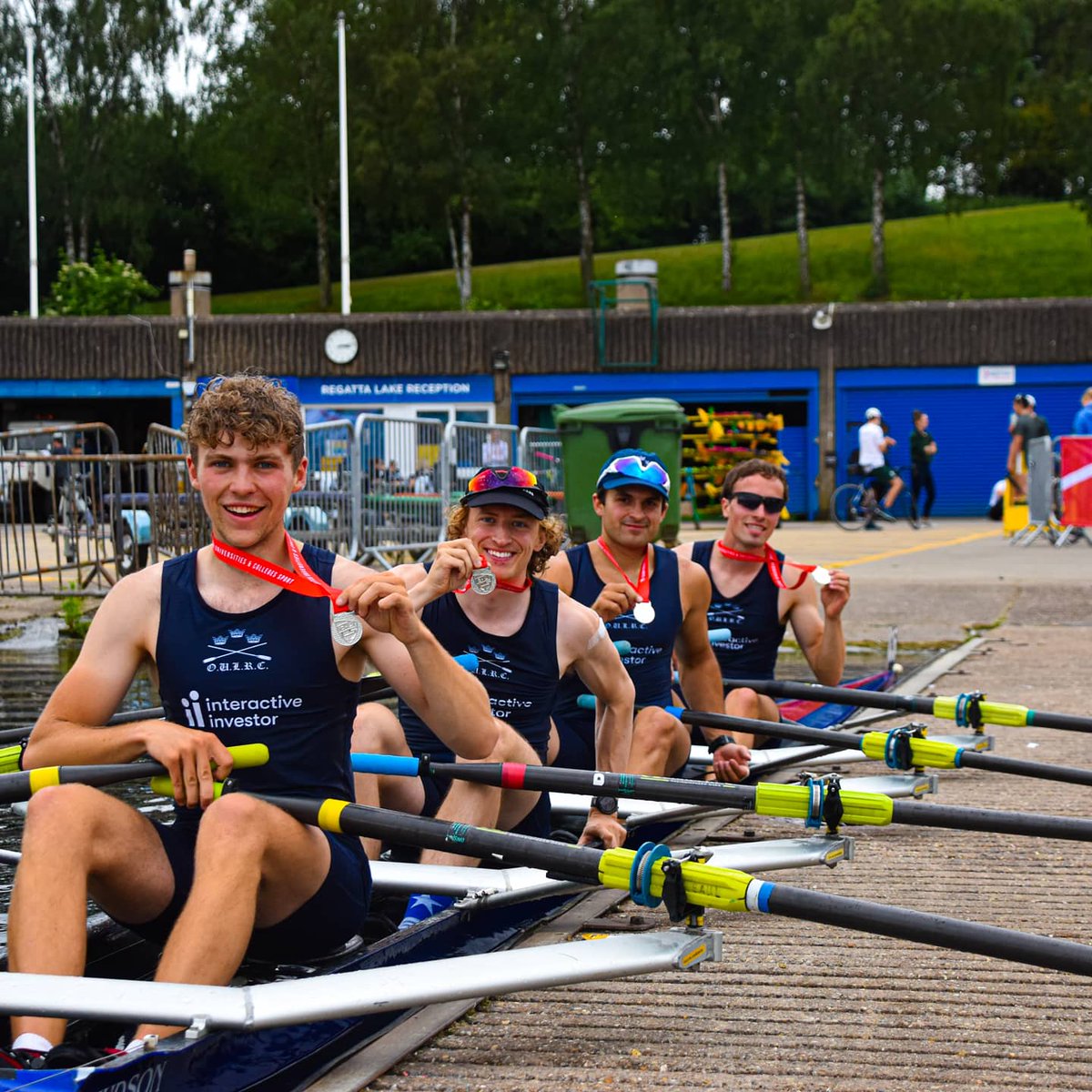 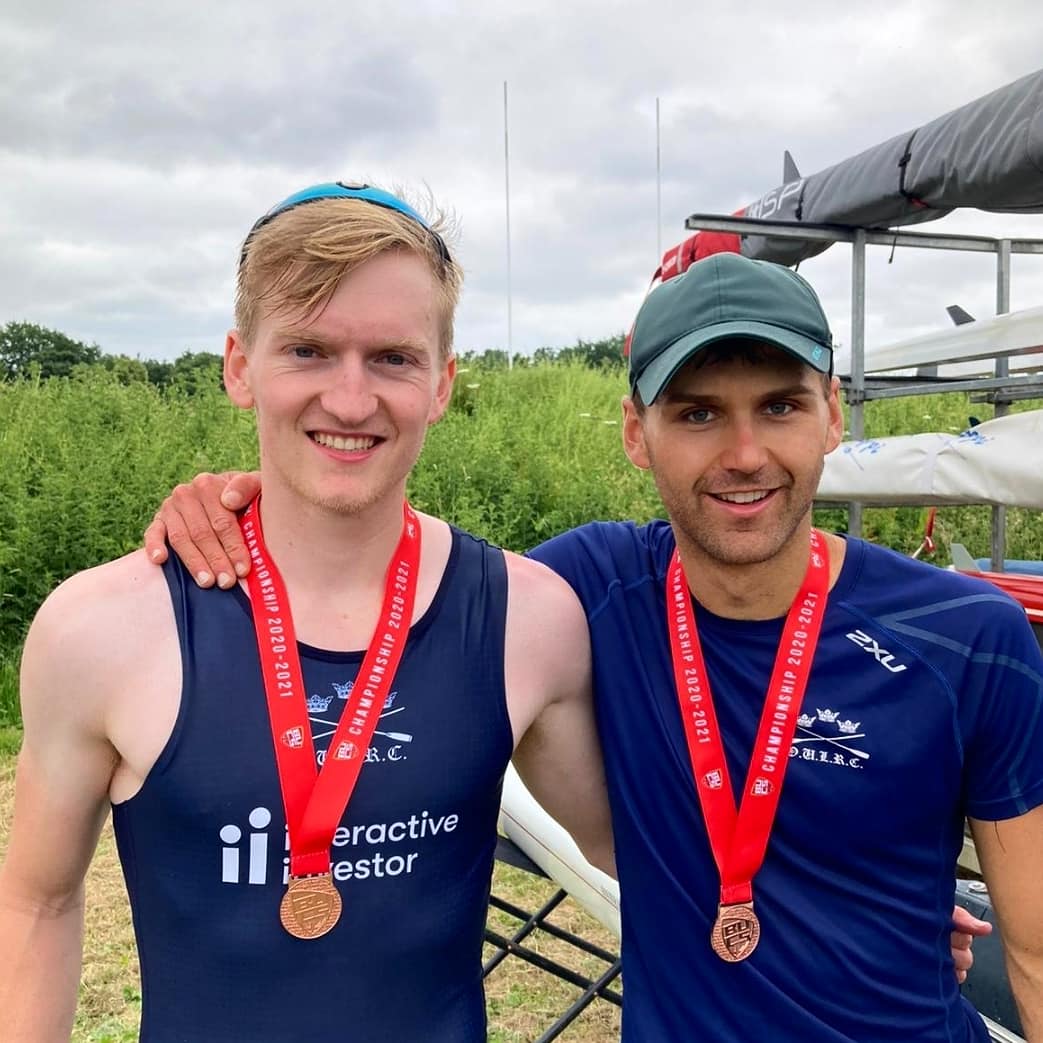 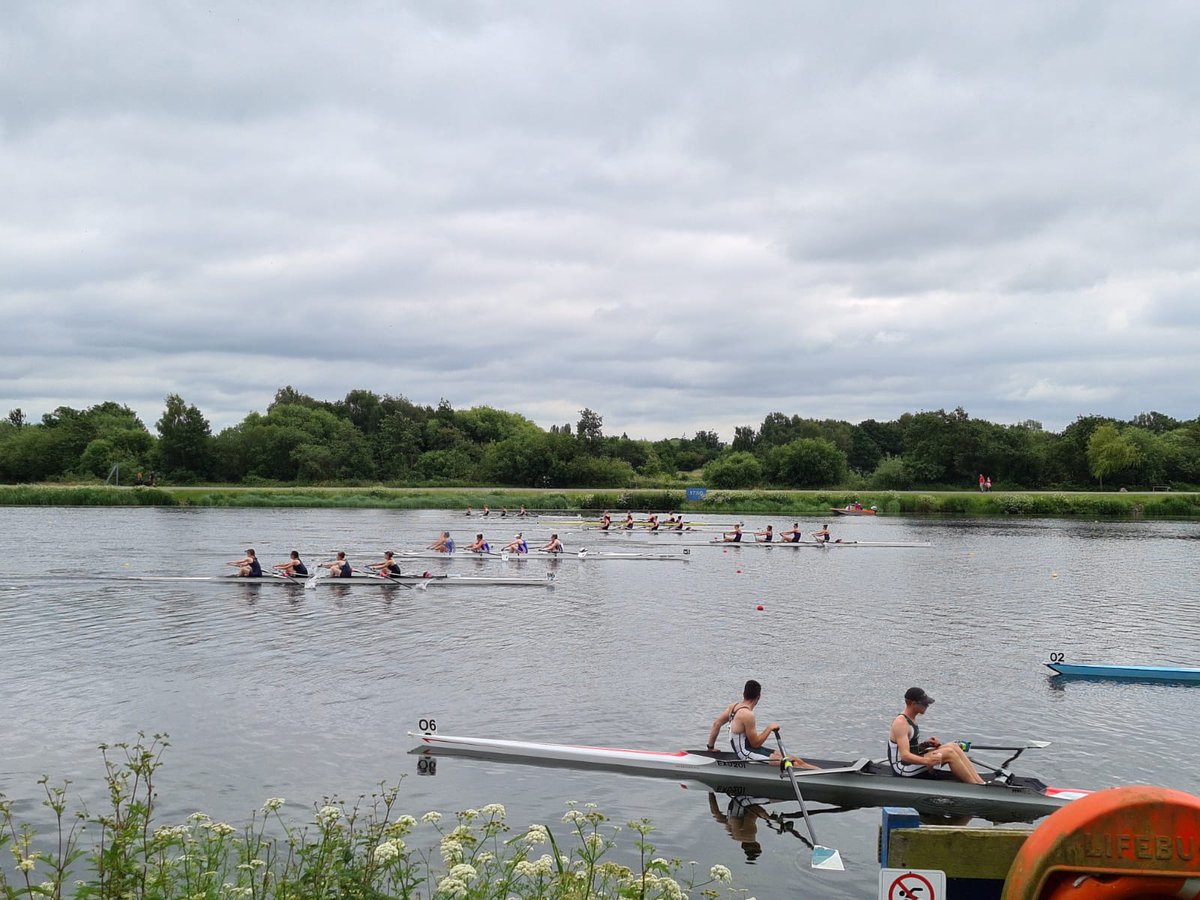 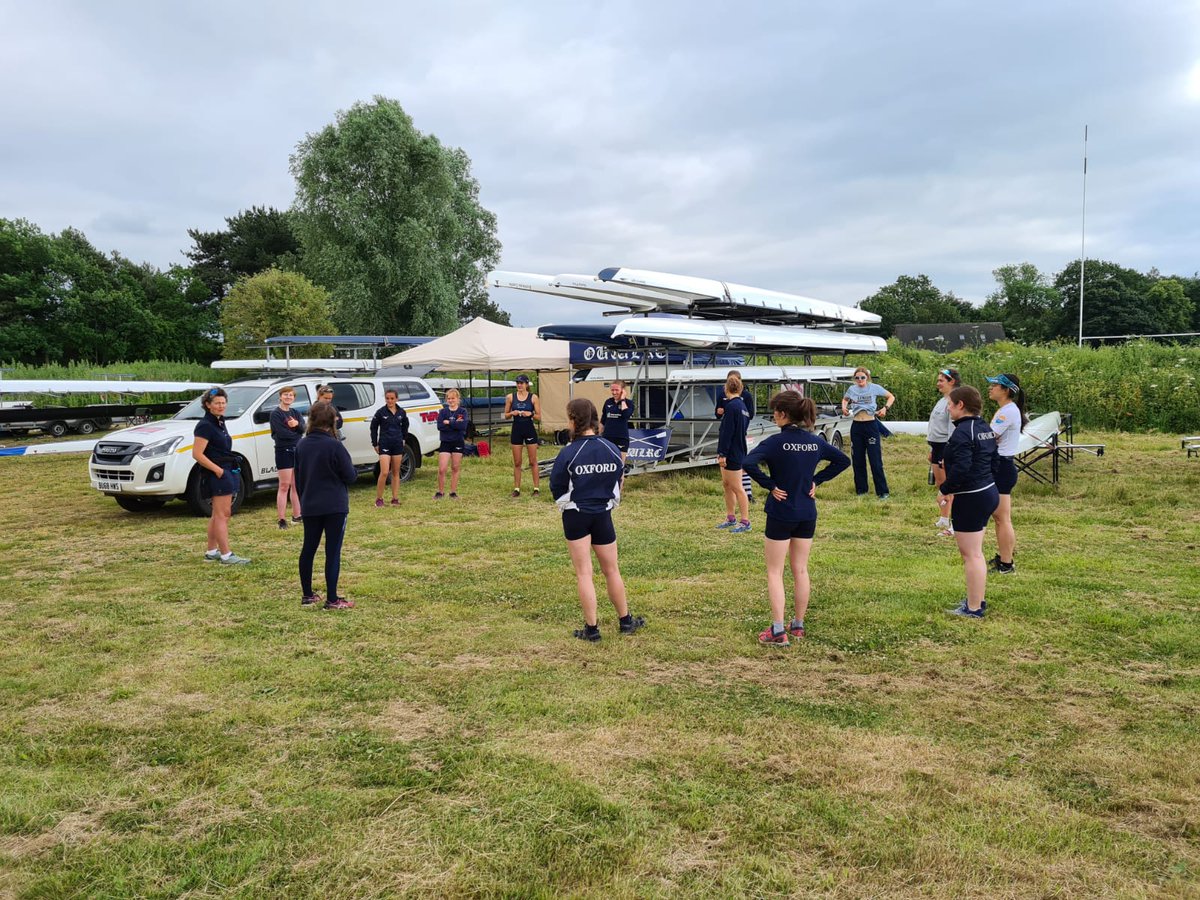