We’re proud to be the title sponsor for the Oxford and Cambridge Lightweight Boat Races today. We can’t wait to support the teams in person once again. Watch a live feed of the Women’s (13:25) and Men’s Races (14:25) at: bit.ly/3tlRy37 @OUWLRC @CUBCSquad @lwtboatraces Retweeted by Oxford University Women's Lightweight Rowing Club

The very best of #darkblue luck to Merton third-year undergraduate @phoebemountain and the rest of the @OUWLRC crew as they race in the 2022 @ii_couk Women's Lightweight Boat Race at 1:25pm today over the Championship Course in London... Retweeted by Oxford University Women's Lightweight Rowing Club

Tomorrow marks the start of Boat Race weekend - our opportunity to make a season of hard work count. We have done all our winter miles, sweaty ergs and final preparations. The only thing left is to deliver our best performance on race day. For The Team 👊🏼 2 days to go. 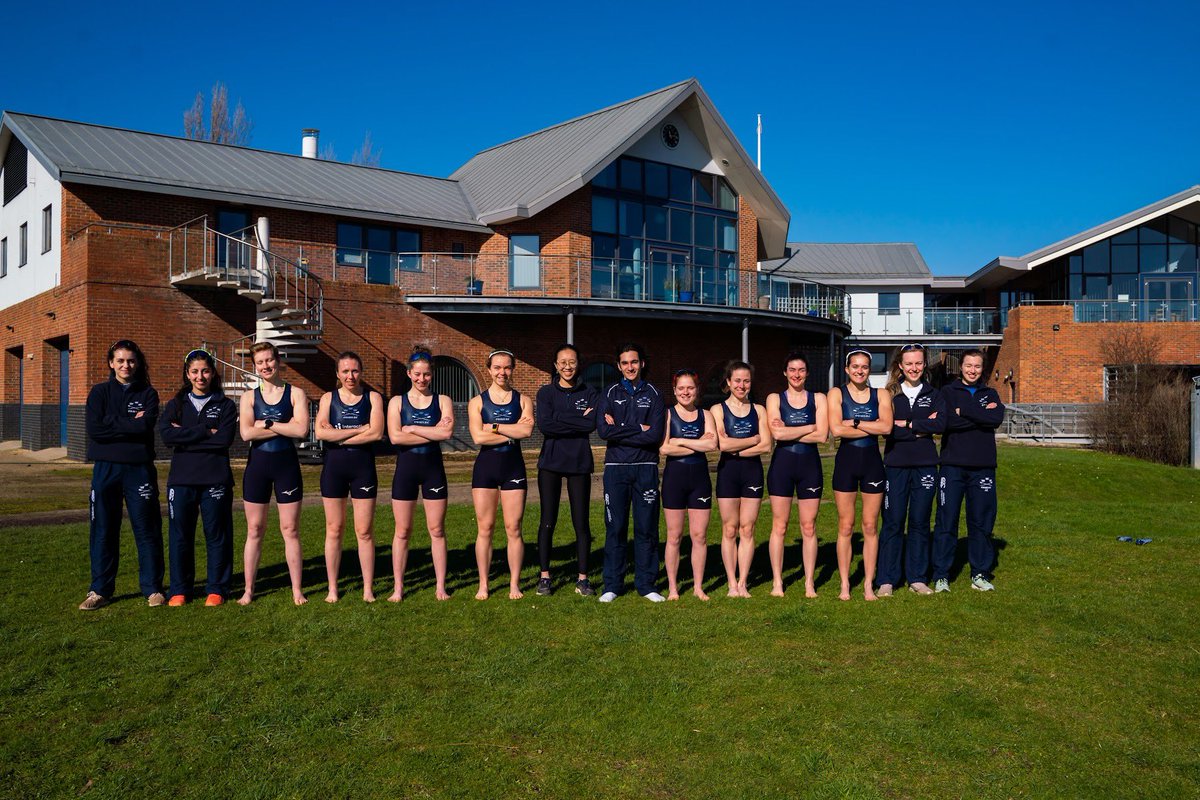 The Boat Race 5 months ago

Race day is approaching… set your alarms for 13:25 Sunday ⚠️ Link to the livestream in our bio! 3 days to go. #rowing #darkblue #oxford #mightylighty 📸 @nordincatic

Getting those final miles in on home turf… 🏡☀️ 8 days to go. #rowing #oxford #darkblue #mightylighty 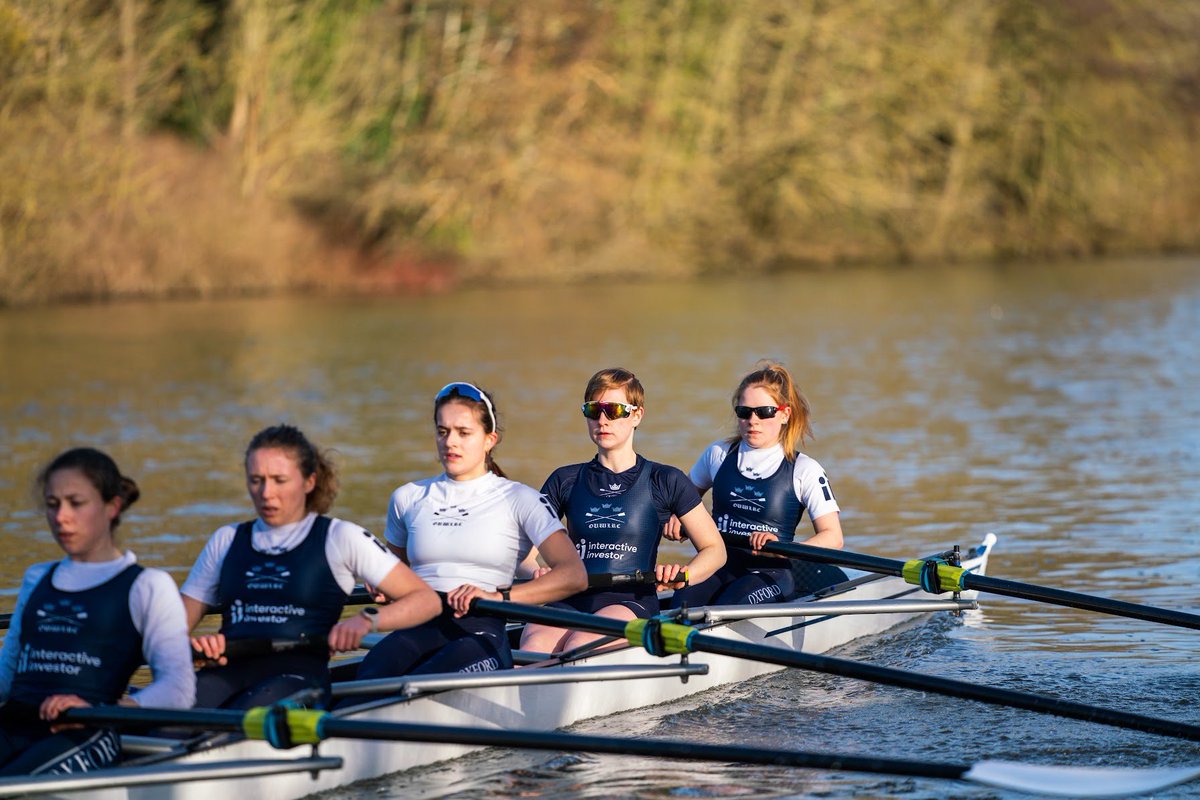 BLUE BOAT 2022 Oxford University Women’s Lightweight Rowing Club are proud to announce the 2022 Blue Boat. The following crew will take on Cambridge in the Women’s Lightweight Boat Race over the Championship Course in London at 13:25pm on Sunday 20th March. #weareoxford #darkblue 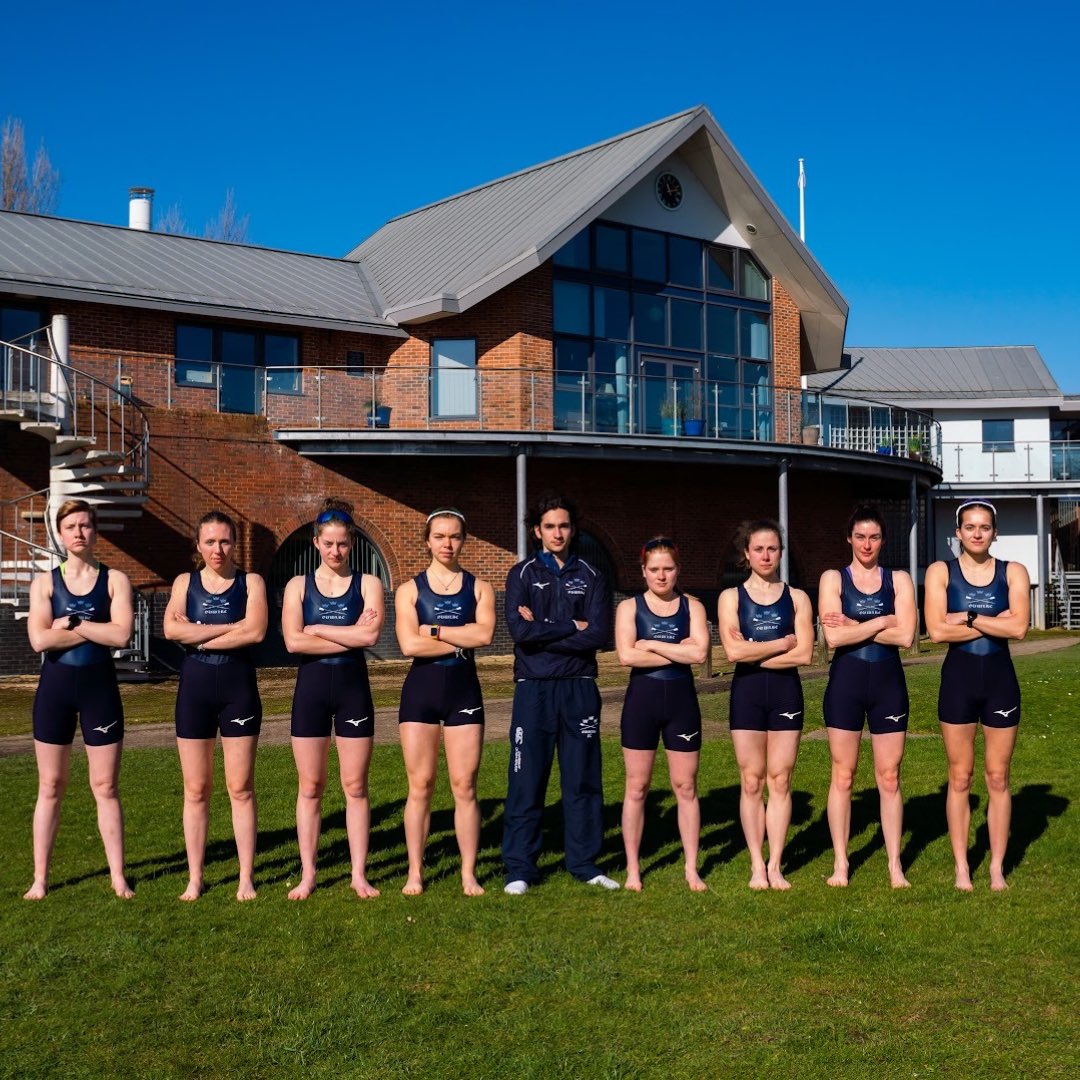 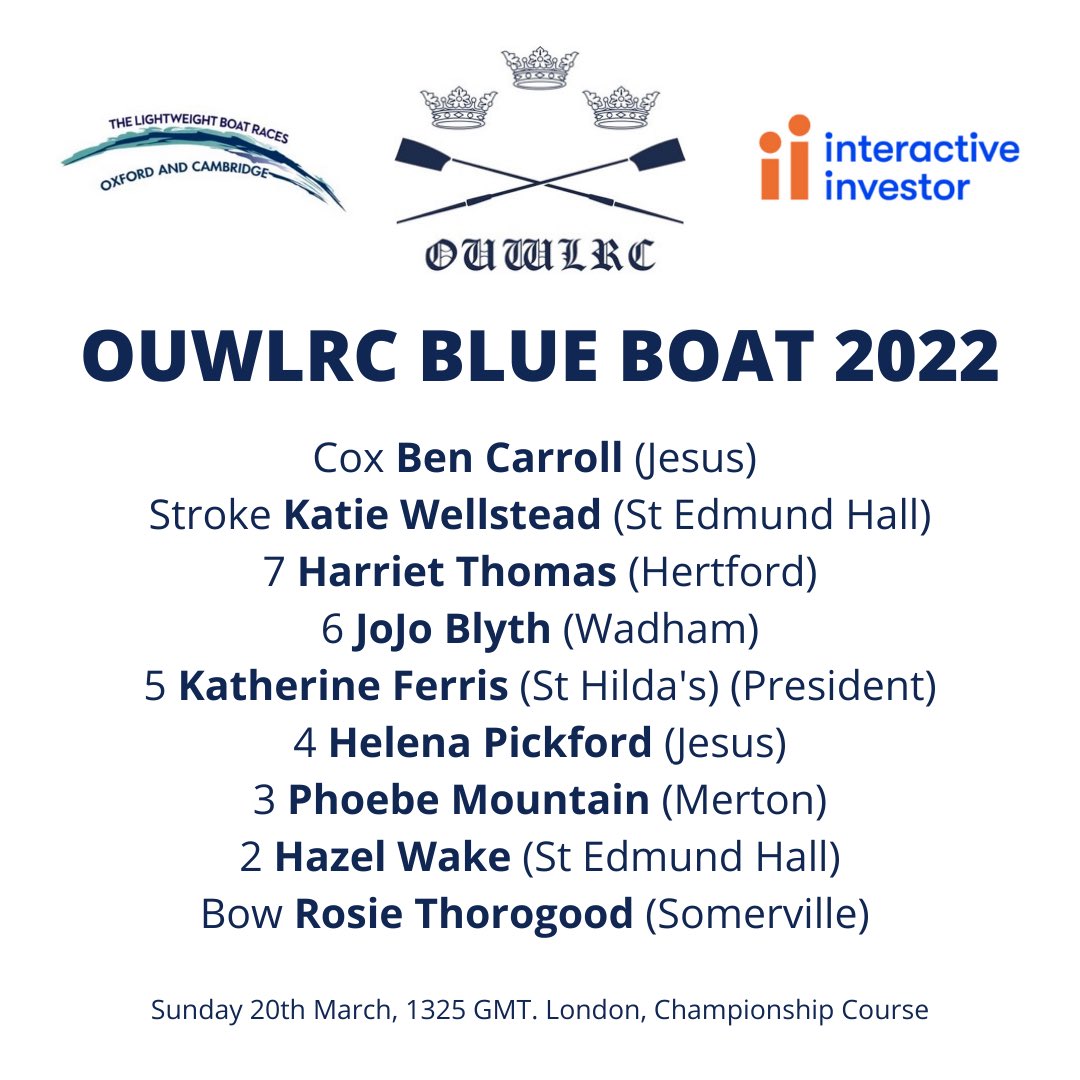 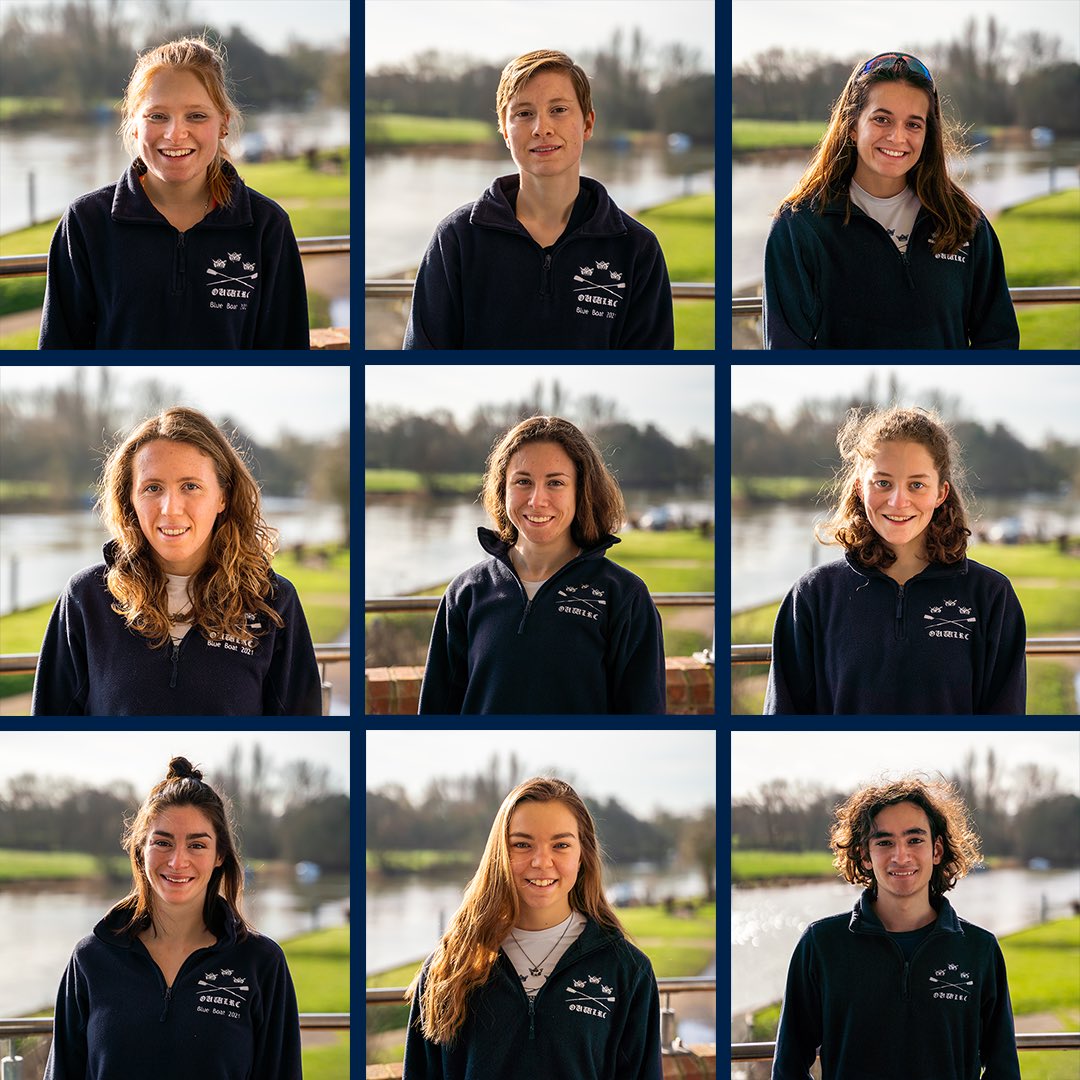 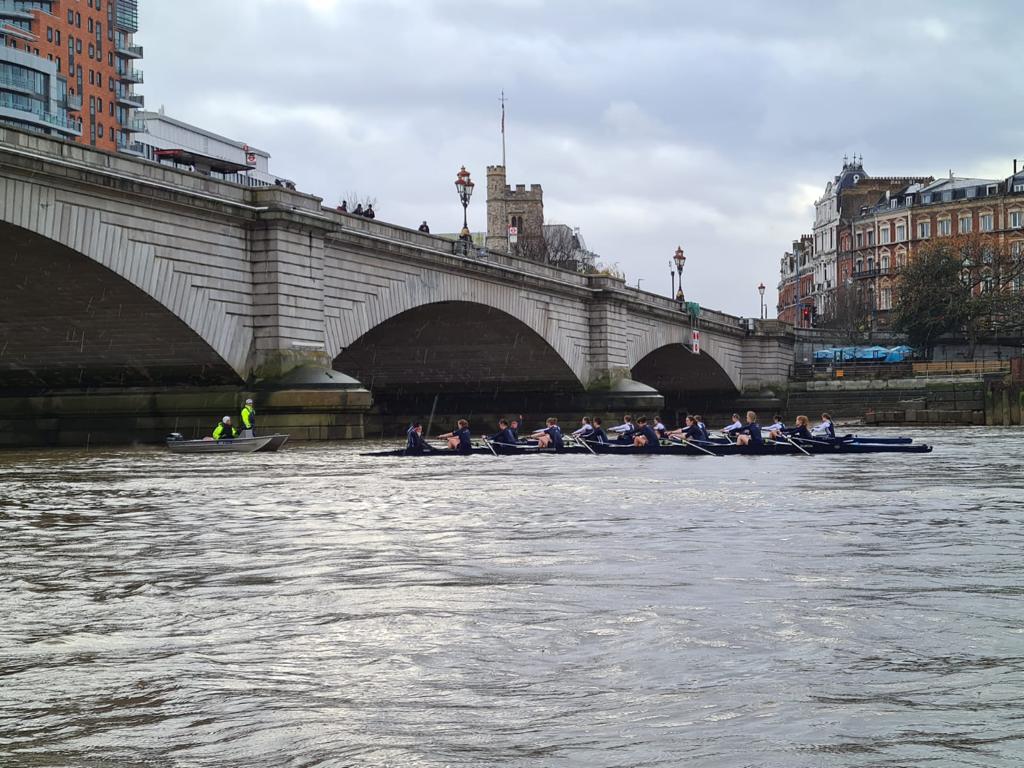 The OUWLRC Trial Eights took place on the 6th December, on the Tideway Boat Race Course. The two crews “Over” and “Under,” took each other on, racing down the challenging 6.8km course.

The day began with a briefing from the umpire, Matthew Holland, who also umpired the 2021 Women’s Lightweight Boat Race. Under won the coin toss and chose the Surrey Station, so Over were left to take the Middlesex Side. Conditions were looking fairly even for both sides, and unusually for the Tideway, there were stretches of flat water appearing along the course!

Out of the start, both crews fought to take the lead, with Under just nosing in front. They maintained the narrow gap up towards the first bend around Craven Cottage. Things were looking to get tight and exciting, however Over we’re unfortunate to clip a buoy coming round the bend, so were unable to make the final close in on the Under crew. However, the Over crew had a rapid reset and began fighting back on Under. Despite the Surrey station having the advantage into the Hammersmith Bridge bend, Over were really beginning to push back, and it was taking a gargantuan effort from Under to hold them off. The lead was maintained right from Hammersmith to Barnes Bridge with Over still pushing up and putting huge pressure on the leading crew. Coming out of Barnes Bridge and into the final stages of the race, both crews pushed hard and after another near-miss with a buoy, Over struggled to close the gap.

The final verdict was 3 lengths with Under taking the victory.